The Environmental Working Group preformed pesticide research by simulating thousands of consumers eating high and low pesticide diets shows that people can lower their pesticide exposure by almost 90 percent by avoiding the top twelve most contaminated fruits and vegetables and eating the least contaminated instead. Eating the 12 most contaminated fruits and vegetables will expose a person to about 14 pesticides per day, on average. Eating the 12 least contaminated will expose a person to less than 2 pesticides per day. Less dramatic comparisons will produce less dramatic reductions, but without doubt using the Guide provides people with a way to make choices that lower pesticide exposure in the diet. 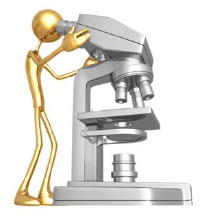 Consistent with two previous EWG pesticide research initiatives, fruits topped the list of the consistently most contaminated produce, with seven of the 12 most contaminated foods.  Among the top six were four fruits, with peaches leading the list, then apples, nectarines and strawberries.  Cherries, imported grapes, and pears, were the other three fruits in the top 12. Among these seven fruits:

Sweet bell peppers, celery, lettuce, spinach, and potatoes are the vegetables most likely to expose consumers to pesticides. Among these five vegetables:

The vegetables least likely to have pesticides on them are onions, sweet corn, asparagus, sweet peas, cabbage, broccoli, and eggplant.

The five fruits least likely to have pesticide residues on them are avocados, pineapples, mangoes, kiwi, and bananas.

The Shopper's Guide to Pesticides in Produce ranks pesticide contamination for 44 popular fruits and vegetables based on an analysis of nearly 51,000 tests for pesticides on these foods, conducted from 2000 and 2005 by the U.S. Department of Agriculture and the Food and Drug Administration. Contamination was measured in six different ways and crops were ranked based on a composite score from all categories.

The six measures of contamination we used were:

The philosophy behind the guide is simple: give consumers the information they need make choices to reduce pesticides in their diets. In this spirit, the Guide does not present a complex assessment of pesticide risks, but instead simply reflects the overall load of pesticides found on commonly eaten fruits and vegetables. This approach best captures the uncertainty of the risks of pesticide exposure and the value judgments involved in the choice to buy food with less pesticides.

Pesticides cause many adverse effects in well designed animal studies, from cancer, to nervous system damage, to reproductive effects. Rather than assign more weight to cancer than birth defects, we simply assumed that all adverse effects are equal. There is a significant degree of uncertainty about the health effects of pesticide mixtures. This ranking takes this uncertainty into account in the most defensible way possible, by simply ranking fruits and vegetables by their likelihood of being consistently contaminated with the greatest number of pesticides at the highest levels.

The produce listed in the Guide was chosen after an analysis of USDA food consumption data from 1994-1996. The 44 selected were those reported eaten on at least one tenth of one percent of all "eating days" in the survey with a minimum of 100 pesticide test results from the years 2000 to 2005. An eating day is one day of food consumption reported to USDA by one individual — some of whom were followed for three days.

This information provided by The Environmental Working Group a not-for-profit environmental research organization dedicated to improving public health and protecting the environment by reducing pollution in air, water and food. For more information about EWG please visit their web site.


Return to our Organic Food page from our Pesticide Research page

Return from Pesticide Research to the Organic Living Home Page

ONLY YOU CAN CHOOSE WHAT GOES ON AND IN YOUR BODY!

Always consult with your health care provider prior to making any change in your medical regimen.

This site is for information purposes only, contents are not intended as medical advise.

Contents of this site may not be used by others without prior written approval.